Over the last 12 years or so, there has been a continuous stream of studies into the lake’s chemistry and biology, centering on the issue of algal growth and its consequences. Some of the projects have extended out to include the human community of Loweswater as well as the non-human inhabitants of the lake, streams and land. This series of web-pages summarises the main findings of these studies. 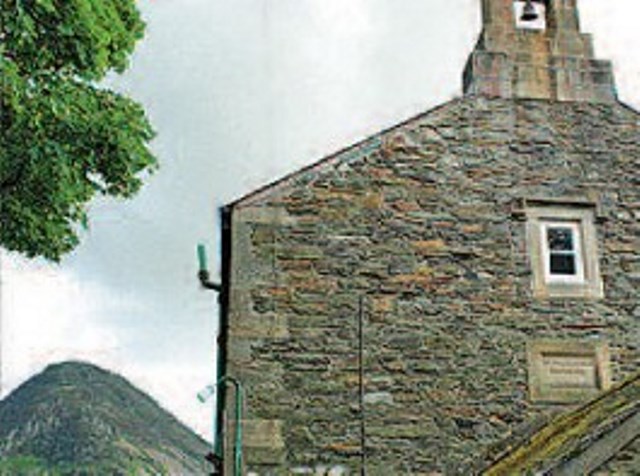 The civil parish of Loweswater is a small community in West Cumbria with a population of 209 spread across 92 households (2001 Census date). The lake of Loweswater is owned by the National Trust and is amongst the smallest in the Lake District, being 1.6 km in length and 0.5 km wide. It has a volume of 5,400,000 m3 with an average depth of 8.4m and maximum depth of 16m. The main feeder stream to the lake is Dub Beck, which drains about 40% of the catchment. With an estimated average flow through the lake (net of evaporation) of 27,000 m3/day, the average retention time of water in the lake is about 200 days, which is high, but only the 8th highest amongst the Cumbrian lakes. The lake’s catchment area (800 hectares) is largely agricultural with some woodland and open fell, which is grazed mainly by sheep with smaller numbers of cattle. 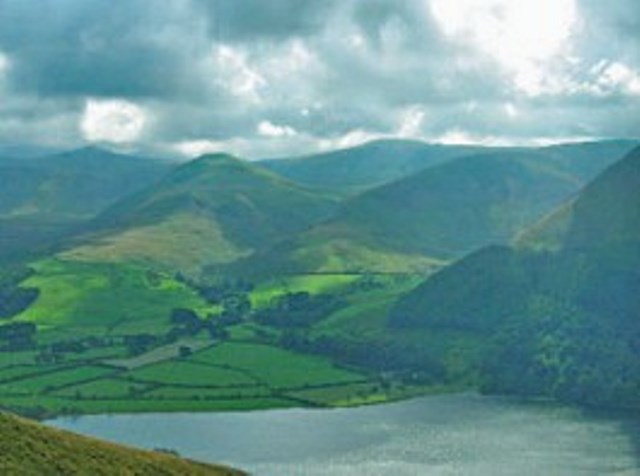 All of the studies have focused on the problem of algal growth in the lake. However, the growth of algae in lakes is a natural phenomenon, the extent of which is most commonly controlled by the level of bio-available phosphorous compounds, notably phosphates. Some species of algae (diatoms) have a specific requirement for silicon compounds (usually in the form of silicates) and these, rather than phosphates, may limit the extent of their growth. A particular type of algae is the so-called blue-green algae, which are more accurately termed cyanobacteria. They present a particular problem as, unlike other algae, they can be toxic.

As phosphates are prevalent in the aquatic environment, albeit sometimes at very low concentrations (parts per billion by weight or few µg/litre), algae are present in nearly all lakes. Increased phosphate levels in lakes causes increased algal growth, which can, under certain conditions, form dense surface aggregations of algae across part of or the whole surface of a lake – this phenomenon is often referred to as an algal bloom. This can suppress the growth of other plants and introduces high levels of organic matter into the lake body. Algae are part of a lake’s plant community, the overall level of which characterises its trophic status as oligotrophic (low), mesotrophic (moderate) or eutrophic (high). The trophic status is usually defined quantitatively by levels of total phosphorous and/or chlorophyll (the green pigment in all plants). Loweswater is currently classified as a meso-eutrophic lake in terms of overall productivity although some of its features are more typical of an oligotrophic lake.

Another problem occurring in a productive lake is a consequence of a physical phenomenon that occurs in some lakes (including Loweswater). This is the process of a lake stratifying into two water layers at certain times of the year. In the Spring time, the surface lake waters and water entering the lake begin to warm up and becomes progressively warmer than the lower body of lake water. From a temperature of 4oC upwards, the density of water decreases so the warm surface water tends to sit above the colder, deeper lake water. The occurrence and extent of stratification depends on the interplay of many factors such as the lake depth and weather conditions such as wind speed and direction. This is pictured below.

During the period of stratification, when the bottom layer (hypolimnion) is isolated from the top layer (epilimnion), the bottom layer can become anoxic (no dissolved oxygen present) and acidic (low pH) due to bacteriological activity associated with previously-deposited organic matter. This activity leads to re-dissolution of phosphorous compounds and other materials such as metals if present. The stratification continues until the Autumn time, when the increasingly colder and denser surface waters begin to sink to the bottom, thus mixing the two layers and turning over the lake to form a homogeneous body of water. This process re-circulates the dissolved phosphorus from the hypolimnion. If the temperature of the incoming waters gets below 4oC, they become less dense and this can generate a second Winter stratification although the occurrence of this is complicated by the formation of ice at sub-zero ambient temperatures. With the onset of Spring, the cycle begins again.

Controlling the productivity of a lake, where desirable, is usually a matter of managing the growth-limiting nutrient, which is usually the concentration of phosphates. In some lakes, this has been attempted by reducing the phosphate load from incoming waters (eg by removing phosphates from sewage discharges in the lake catchment), but this sometimes has no or little effect on the extent of algal growth. This implies that the main or at least an adequate source of phosphorous is that recycled from lake sediments, the control of which is a much more difficult task.