Our major project to restore the River Keekle near Whitehaven has reached the halfway point, with a 1.25 kilometre stretch of the river reconnected last week.

We’re leading a project to remove a 2.5-kilometre-long plastic liner from the riverbed and restore the bed with natural stone and gravels which will prevent further plastic pollution from the site and provide better habitat for wildlife.

After successfully removing the liner from a 170-metre test site in the river last year, the team is now working on the full stretch this summer. To enable work to take place, the river was dammed and water diverted into a channel that runs alongside it. That work has reached the halfway point and this top dam removed, allowing the river to run freely again along the first 1.25 kilometres of newly restored river.

Luke Bryant, Project Manager, said: “After many years of planning, it’s incredibly exciting to see the first section completed and the river returning to a natural, resilient condition. We’re very hopeful the weather will continue to be kind to allow us to complete the works before the end of summer.

“Last year’s trial site was a huge success and we’re seeing natural gravel and sediment deposition which is proof the river is re-naturalising itself. In time we’ll see this along the whole 2.5 kilometre stretch which has the potential to become great habitat for fish spawning.” 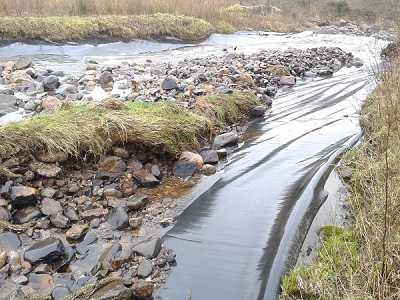 The plastic before its removal 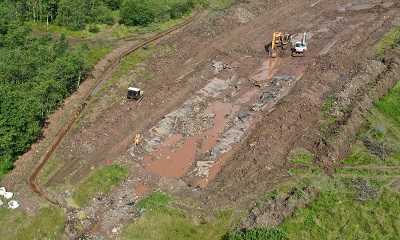 Mid-restoration, with the river diverted into the small channel visible on the left, and the plastic exposed 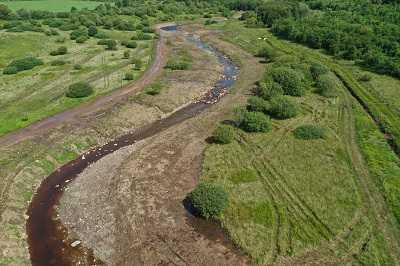 The liner was installed in the 1990s but had failed and was breaking up. Researchers at the University of Salford estimated that the liner has been shedding plastic particles at a rate of 500 kg per year since it was installed, in findings first reported by  The i.