After five years of planning and two years of on-the-ground work, we’re thrilled that the River Keekle restoration project is complete!

In what is thought to be the biggest river restoration of its kind in England, a 2.5 km long plastic liner has been removed and the riverbed restored with natural stones and gravels. 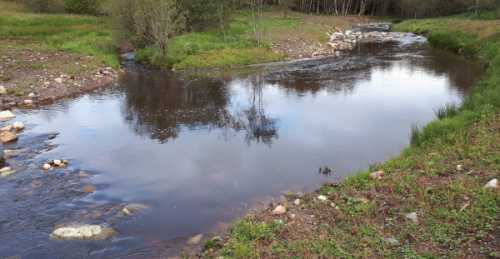 The plastic removal was completed in the summer ‘in-river’ season when we can do major works in rivers without disturbing migrating fish. Since then, finishing touches such as restoring footpaths and replanting the area have been done. The footpaths that had to be closed while we worked are now fully open again.

In total more than 180 tons of plastic were removed from the river. The liner was installed in the 1990s but had failed and was breaking up. Researchers at the University of Salford estimated it had been shedding plastic particles at a rate of 500 kg per year since it was installed.

The restored river is looking fantastic. In the first test section, completed in summer 2019, we’re already seeing natural gravel and sediment deposition which is proof the river is re-naturalising itself. In time the whole stretch has the potential to provide superb habitat for fish spawning. 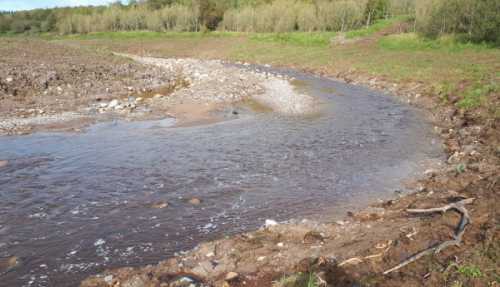 This was a major project which could not have happened without the generous support of our funders. The project was part of the Environment Agency’s River Restoration Programme in Cumbria and the first phase was funded by that Programme. The second phase was funded by the European Agricultural Fund for Rural Development’s Water Environment Grant. Dumfries-based recycling company Plaswood from Berry BPI also provided generous support and covered some of the costs of recycling the plastic.