The first phase of our £1.5m partnership project with the Environment Agency to remove a plastic liner from the bed of the River Keekle is now complete, with a bench and picnic table made from the recycled plastic marking the spot.

The project will remove the liner, which is causing erosion and plastic pollution, from a 2.5km stretch of the river. In the first phase this summer, nine tonnes of plastic were removed from a 170 metre trial site and the riverbed restored with stone. The project team experimented with different methods of removing and recycling the plastic to find the best way to complete the remaining 2.3km restoration in summer 2020. 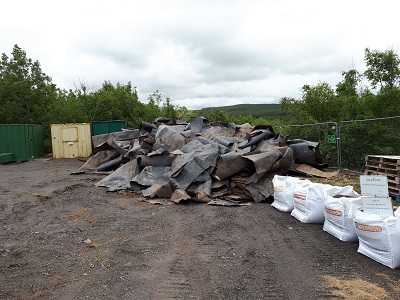 The plastic removed during Phase 1

The plastic removed from the Keekle is being recycled, with the sheets shredded, cleaned and used in the manufacture of recycled plastic lumber. Some of the plastic from the trial site has been made into a bench and picnic table at Walkmill Community Woodland car park to mark the project’s success so far. The recycling and manufacture has been done by Dumfries-based Plaswood from Berry BPI, who have generously supported the project by covering some of the costs involved. 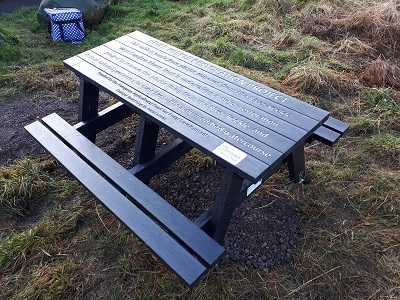 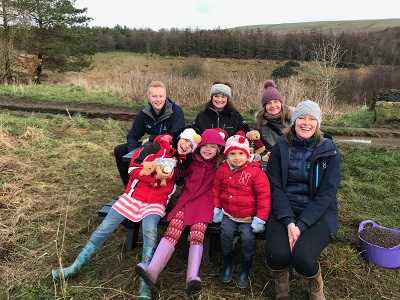 The new picnic bench, and our team enjoying it with local residents 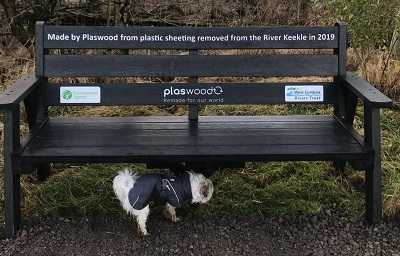 Luke Bryant, Project Manager, said: “The first phase went wonderfully and was really successful. We did a huge amount of planning and preparation which meant we could hit the ground running during the good weather in June and July and the work to remove the plastic and restore the riverbed took less than four weeks.

“We’re already seeing massive positive changes in the restored section. There’s natural gravel, cobbles and sediment deposition in places which is proof that the river is re-naturalising itself now the plastic isn’t in the way. We estimate that 100 to 150 tonnes of plastic will be removed next year, leaving the full 2.5km stretch restored, with the potential to become great habitat for fish spawning.” 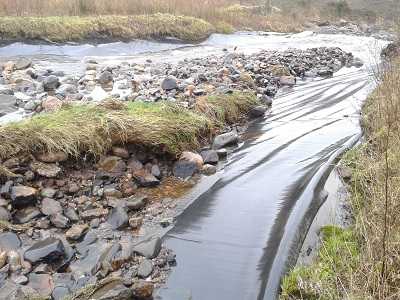 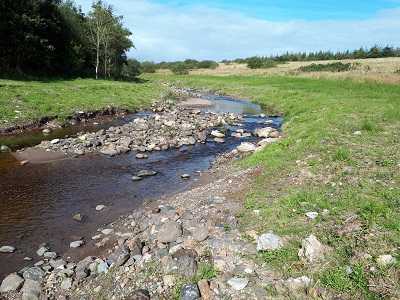 The river before and after restoration

A key reason for the success of the trial was the river being temporarily diverted around the site while the work was completed, enabling the team to work in a dry river. With a 170m stretch it was possible to pump the river through a temporary pipe, but an alternative plan was needed for next year’s 2.3km section. The river will be diverted into an adjacent channel while work takes place and then reconnected afterwards.

The project is part of the Environment Agency’s River Restoration Programme in Cumbria – one of the biggest portfolios of river restoration projects in the UK.

This year’s trial phase was funded by the Environment Agency at a cost of £175,000. Phase two has been awarded £1.3m by the European Agricultural Fund for Rural Development’s Water Environment Grant.